We applaud the intentions of the authors to address the concerns that public schools are facing today, but tragic situations lead to bad legislation. 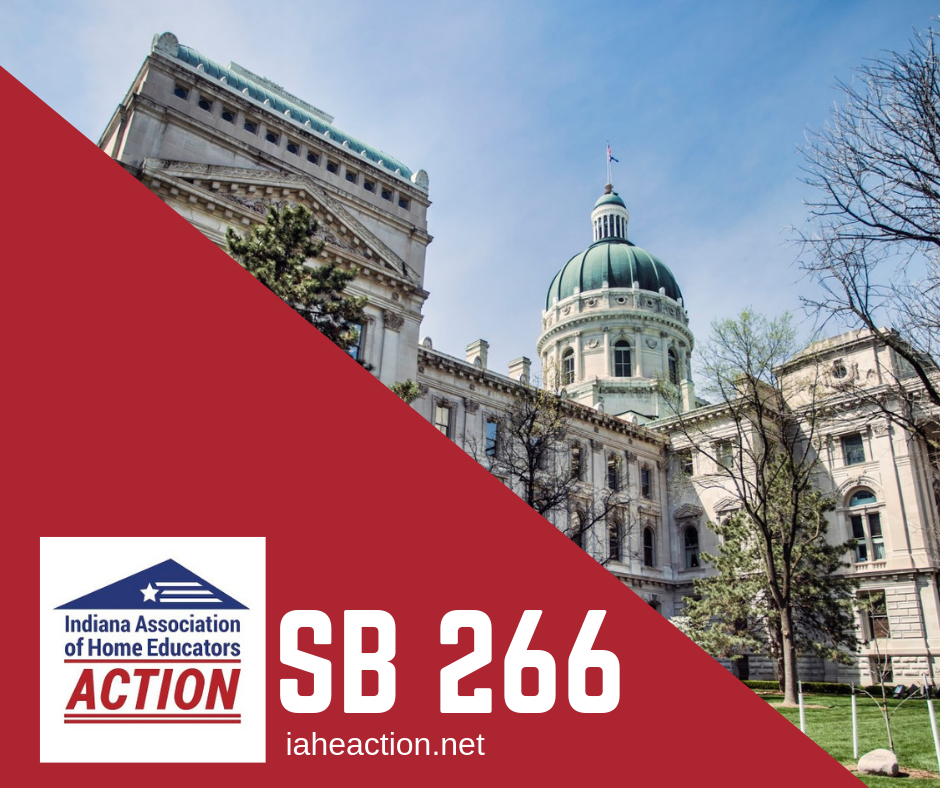 IAHE Action, along with our sister organization IAHE, continues to receive questions about SB266. As we wait with so many of you to see the bill’s status, we thought it would be helpful to share a recap of recent events.

When Senate Bill 266 was originally introduced on January 7, 2019, it was only nine pages long. The original intent of the bill was to address public school issues of mental health screening, safety, privacy, and other education matters.

By mid-February, the bill passed through the Appropriations Committee and emerged as a monstrosity far beyond the scope of the original. The revised bill shifted from providing services in the public school to a mandate for local schools to in essence become mental health providers for ALL children from birth through the age of 22.

Suddenly, a bill to address public school issues became a serious threat for ALL parents.

Compare the bill’s language from the original to the latest draft:

The legislation, dubbed SB 266, also furthers government meddling in the lives of children from birth through age 22. All children will be routinely screened for “mental-health” issues, with schools becoming de facto mental-health institutions. Indiana activists slammed the provisions as another step toward government control from cradle to grave.

Watch the Freedom Project Media’s, Duke Pesta, discuss the impact of this bill.

Testimony before the Senate on February 26th was heartfelt on both sides. One of the bill’s authors, Sen Crider, shared that the bill was written in the face of the May 2018 shooting in Noblesville. IAHE Action agrees that the public schools need effective tools to address the challenges that they are facing, but SB 266 gives authority to the Commission on Improving the Status of Children in Indiana to target and identify any child for mental health screening. It is clear that the public school system is facing a severe crisis of addressing the needs of their students but as Sen Young testified “this bill will haunt you.”

It’s clear that the intentions of the original bill have been buried beneath an outside agenda.

How did your Senator vote?

Intentions of men vs. a very bad bill

In spite of the quiet during the middle of the legislative session, SB 266 is still alive and waiting for a hearing before the House Education Committee. Earlier this month we spoke with Sen Head about our concerns. He shared that the bill as it passed through the Senate was being amended and that the concerns being expressed by IAHE, IAHE Action, and many others would be addressed before the bill reached the House.

Is it possible for the authors to revise SB 266 to a point that addresses ALL of the concerns? Not likely. We applaud the intentions of the authors to address the concerns that public schools are facing today, but tragic situations lead to bad legislation.

IAHE Action is actively watching for the reemergence of SB 266 in the House. Many people have been proactive with calling their Representatives and urging them to vote no on this bill… even though it has not been filed or scheduled for a hearing yet.

How different will the bill be once it shows back up? No one knows.

Will another bill take it’s place?

Sunday, March 17th, an article in the Pharos Tribune highlighted that a similar bill from the House (HB 1004) is in place to address these same issues in a manner with the same disregard for parental rights as SB 266.

House Bill 1004 is scheduled to be heard tomorrow afternoon in the Senate Education Committee. This bill is nearly as bad as SB266. It will allow government schools to set up the same mental health services/providers in schools along with social-emotional wellness services. We’ve shared with you many dangers on social-emotional learning and what is coming. This bill also includes the Youth Risk Behavior Survey which is a survey loaded with sexual questions and drives the funding for comprehensive sex ed into Indiana.

Neither bill is targeting the homeschool community on the surface, but full-scale attacks on parental rights will impact all parents. Both bills have now crossed over to the other side of the Indiana General Assembly and are facing new hearings. Both bills are still on the table for the second half of the session and IAHE Action encourages you to stay alert.